* In case of any delay in receiving the OTP, you may verify it later. Please proceed without verification.

Enter your City name or Pincode

Sanaur is an old village in Punjab state of India. It is an ancient city in the state that has a historical importance. Sanaur city is located at 30.3°N 76.46°E with an average elevation of 253 metres. It is surrounded by Ghanaur Tehsil towards east, Patiala Tehsil towards west, Rajpura Tehsil towards North and Ghanaur Tehsil towards East. The nearby cities to Sanaur are Patiala, Sirhind Fatehgarh Sahib, Rajpura and Gobindgarh. Located in the border of Patiala district and Kaithal district, Sanaur is also near to Haryana state border. The nearby villages to Sanaur include Noor Kherian, Sahib Nagar Their, Deelwal, Dharamkot and Kartheri. Sanaur is hot in summer with a temperature that may rise up to 45°C. But the temperature is very low in January and February with 12°C to 15°C. 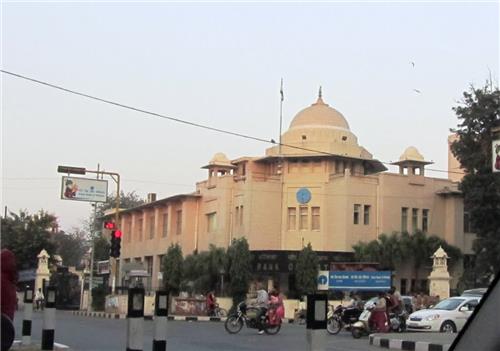 Sanaur town, which lies 4 miles south-east of Patiala, is located on a high mound. Sanaur is of some antiquity. Malik Baha-ud-Din Khokar was the chief of this pargana during the time of Mughal emperor Babar. This place was called Chaurasi (84 villages) from the number of its villages. Later, Sanaur came into the possession of Baba Ala Singh in 1753. He built a mud fort to overwave his new possessions. He appointed Sirdar Gurbaksh Singh as in charge.

Sanaur, though a small city, is home to many important perseonalities. Sardar Lal Singh, who belongs to Sanaur, was the former finance minister of Punjab and six times MLA of Sanaur legislative constituency. Justice Sakaria, who is the former judge of Supreme Court, Shri Indrejit Lal Ahluwalis, Additional Law Secretary (Punjab Government) and prominent expert in Law Drafting, and Om Puri, one of the few Indian actors who have been recognized globally belongs to Sanaur.

Being a developing city of Punjab, there are a few bank branches in Sanaur that provide latest banking services to the people. Some of the important bank branches functioning in and around the city are listed here.

Even though you cannot find out famous tourist attractive spots in Sanaur, it is near to Patiala, which is one of the popular tourist locations in Punjab. Other tourist destinations in Punjab like Chehal, Pehowa and Fatehgarh Sahib etc. are also close to Sanaur.


Sanaur at a glance

Comments / Discussion Board - About Sanaur